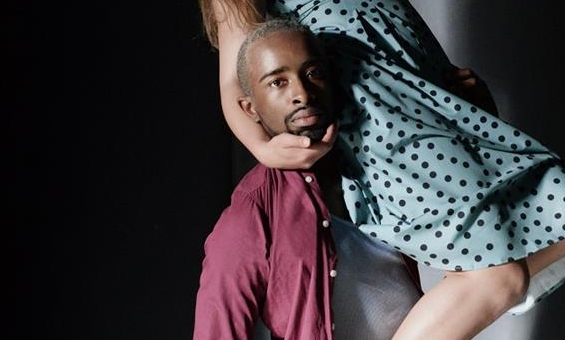 Dates:
Fri 05 Nov 2021 1:00pm
Class times: 1pm-2.30pm
About
Phoenix Dance Theatre are offering a one-off Masterclass taught by company dancers Natalie Alleston and Aaron Chaplin. The session will comprise of a Contemporary Dance technique warm-up class followed by a repertoire workshop based on one of our celebrated works by Henri Oguike entitled Signal. The work is fast paced and athletic and the overall workshop will be an enjoyable and full-boded Phoenix experience. Signal will feature in our upcoming 40 Years of Phoenix tour in Spring 2022.

Born and raised in London, England, Aaron began his dance training aged 6 at Theatre Peckham in the London Borough of Southwark. Beginning in Tap, Jazz and Musical Theatre, his interest in rhythm and syncopation was sparked. Continuing his training at The BRIT School for Performing Arts and Technology, Aaron was introduced to contemporary dance at the age of 16, joining the all male company Khronos (now Khronos Agoria) during his time there. He went on to train at Trinity Laban Conservatoire of Music and Dance where he gained a First Class Honours Degree. Working with artists and choreographers such as Dr. Naomi Lefebvre Sell, Ben Wright, Charles Linehan and Jessica Wright of Company Wayne McGregor, Aaron performed in the restaged work of Wayne McGregor’s FAR during his time at the school as well as performing at Resolutions 2017 at The Place with J7s Dance Company. Aaron joined Phoenix Dance Theatre as an Apprentice Dancer through the Northern School of Contemporary Dance’s Professional Apprenticeship Scheme in August 2017, and became a Junior Dancer in August 2018.

Born in Leeds, Natalie trained at the Northern Ballet academy before continuing her training at the Rambert School of Ballet and Contemporary Dance. Natalie joined Phoenix Dance Theatre in August 2015 as an Apprentice Dancer through the Northern School of Contemporary Dance Postgraduate Diploma, becoming a full time Dancer with the company in April 2016. Alongside her performing career Natalie is studying for a Masters in Psychology with Northumbria University and has a keen interest in mentoring.
Share: