In anticipation of Dance City’s 2021 Commissions Call Out which is due to be released in the coming weeks, the North East’s largest organisation for dance is thrilled to announce this years’ panel who will be responsible for selecting successful candidates across their three strands of artist support. 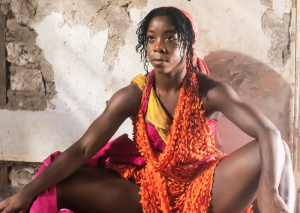 Sadé formally trained as an athlete before shifting into dance by training at the BRIT School of Performing Arts and Technology and Northern School of Contemporary Dance. Since graduating she has performed with many companies internationally and nationally, such as Akram Khan Company and Ultima Vez. Sadé works as a Rehearsal Director, Mentor and Movement Director for many companies and artists across the globe. Sadé and her twin sister Kristina Alleyne are Co- artistic directors of Alleyne Dance based in London. Over the past six years they have built and developed the company, striving for high quality and excellence as they deliver their two main objectives; Performance and Participation work. Alleyne Dance has received over 15 choreographic commissions and the company’s current productions have been touring internationally for several years. In 2020 Krisitna and Sadé were jointly awarded Best female Dancer, awarded by Kritikerumfrage-Jahrbuch 2020 (Critic Survey – Yearbook 2020), Publishedby Der Theaterverlag, Tanz Jahrbuch 2020 magazine. 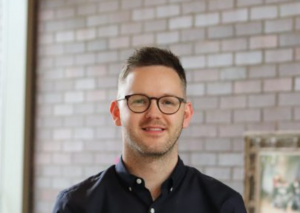 Phil Douglas is the Creative Producer at Dance City. Before joining Dance City in March 2019 he has worked in the Arts & Culture sector across the North East for the past 12 years. During this time, he has worked at Middlesbrough Council as an Arts, Events & Festivals Development Officer and has undertaken a variety of freelance roles focused around Arts and Festival Development, Diversity, Marketing and Participation working with organisations including: Theatre Royal Newcastle, Theatre Hullabaloo and Hartlepool Borough Council. His most recent role until March 2019 was Cultural Delivery Officer (Great Exhibition of The North Project Manager) at Gateshead Council. He has also worked in the private sector managing an LGBTQ magazine, social events and a bar & nightclub complex for a number of years before focusing on Arts & Festivals producing. Alongside his current role at Dance City, Newcastle, he manages a portfolio of freelance work in Event Management and Queer Arts sectors in particular founding and leading Curious Arts an LGBTQ arts organisation based in Newcastle working across the North. Phil currently serves as a board member for November Club. 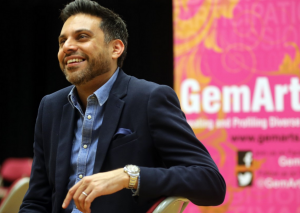 Vikas Kumar MBE is Founder and Director of GemArts, an award winning arts organisation based in the North East of England. A recognised leader in the South Asian and diversity arts sector, GemArts creates and programmes high quality concerts, events, festivals, workshops and commissions with regional, national and international artists across all art forms. Vikas was awarded an MBE in the 2017 Queen’s Birthday Honours list for services to Arts and Culture. 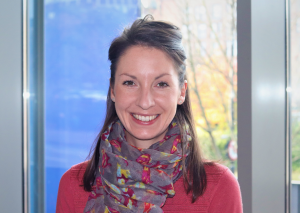 Alex Anslow is a Producer, Programmer and Events Manager working in the North East Cultural Sector. Alex has worked at Dance City, Newcastle UK, in various roles for 11 years and currently the Interim Creative Producer, Programme Coordinator and Executive Assistant there. Work has included working closely with the Artistic Director to programme high quality, professional performances that challenge, inspire and entertain audiences. It has included working as part of a vibrant Artistic Team to develop the professional artist development programme placing North East artists at the heart of it, as well as curating visual art exhibitions at Dance City to increase the footfall of the venue to a wider audience. Alex also supports the Senior Management Team, Board of Directors, and key stakeholders. Alongside working at Dance City Alex works as a freelance Event Manager for arts festivals across the region including Festival of Thrift, Enchanted Parks, Gateshead International Festival of Theatre and Lumiere Durham. When the opportunity arises Alex also works as a freelance Producer for independent dance artists/companies. Alex graduated from York University with a BA Hons in History of Art and is a Postgraduate of Northumbria University with a Masters in Cultural Event and Conference Management. 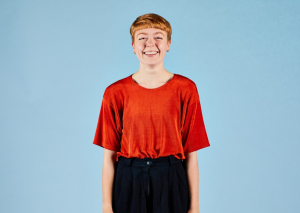 Lizzie Klotz is an independent choreographer, dancer and facilitator based in Gateshead.

Her work spans theatre, film and site specific contexts, and is driven by an interest in human behaviour to create sensitive, humorous and thought-provoking dance theatre work. 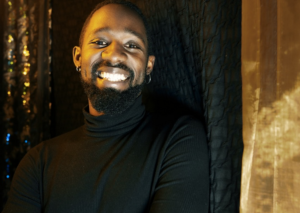 Of Rwandan heritage, Patrick is interested in tapping into his cultural legacy, identities, current gender-related topics and how they are expressed and repressed. His creative work is inspired by the immense passion he has for dance and cultural eclecticism, but also the issue of humanism and masculinity in the 21st-century world.

Patrick’s artistic goal as a dance theatre practitioner is to create a variety of works that explore the themes of African heritage and cultural norms, and investigate the effect they have on black people who were born or have lived in the western communities (outside Africa) most of their lives.

Since graduating from University of Sunderland Patrick has been involved in various dance projects such as ‘Into The Light LGBT50’ for Hull UK City of Culture 2017 by Gary Clark; ‘A Blighted Life’ by Gavin Coward; and ‘Foreign Bodies’ by Ella Mesma to name a few. Following the success of his first outdoor dance piece Dandysim, Patrick is currently working on his second dance project Family Affair inspired by childhood memories. 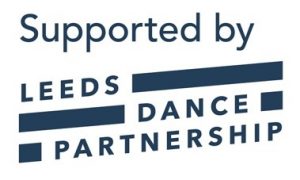 Leeds is home to internationally acclaimed dance companies, the only dance conservatoire outside of London, major universities and a wealth of independent artists who make important performance and high quality community engagement opportunities on a local, national and international scale. Leeds Dance Partnership works to support, promote and unite dance organisations in Leeds and beyond to put a global spotlight on the city’s dance ecology combined with a commitment to driving diversity, ambition, skill, talent, export and research.

Dance City’s commissioning programme is exclusively for artists who are from, who studied at undergraduate level or above, or who are based or working in the North East of England.

There are 3 strands available:

All strands are open to all artists/companies (not NPOs), regardless of whether they’ve applied for or received a commission with Dance City previously and artists/companies who are producing a full-length live performance, film or outdoor dance work are welcomed.

Applications are due to open on Thursday 17 December with more information to follow.

To find out more about past recipients of the programme and discover more about Dance City’s provision and support for dance artists in the North East click here.

For all media enquires please contact a member of the communications team: