Artist in the spotlight: Michael Heatley

Artist in the Spotlight: Michael Heatley

Michael Heatley is the founder and Artistic Director of Hit The Ground Running Dance Theatre Company which was awarded a grant from Arts Council England in 2016 to research and develop a professional Physical Theatre piece which challenges the stigma surrounding men’s mental health.

Following the success of Macho in 2016 and its 2018 Regional tour of the North East, Michael more recently directed his film debut, Macho Digital. All projects have been supported by Arts Council England.

Michael has completed the second part of his creative trilogy in Suitcases in which he is collaborating with international Artist, Jon Crispin, from Massachusetts USA. Suitcases takes inspiration from Jon’s Willard Suitcases exhibition. The Willard Suitcases is a collection of abandoned suitcases left by patients of the Willard Asylum in New York.

Michael is also a Choreographer/Dance Facilitator based in the North East, with 20 years of teaching experience. Working with all age groups from children to adults, beginners to professionals.

The Company celebrates a collaborative approach to devising theatre, working with local communities and individuals who inspire the development of thought-provoking and emotive performances for a wide variety of audiences both young and old.

Alongside creating Macho Digital and Suitcases during lockdown, Michael also continued working alongside his ongoing school and college partnerships exploring this new way of working and enjoyed choreographing for one of his primary schools, a digital nativity, amongst other digital projects with students.

Michael is a huge film fanatic, so this new way of working digitally during the COVID-19 pandemic has opened up his creative vision to a new format, empowering him to move forward and explore possible new and exciting ways to work in the future.

In the future, Michael is hoping to see a larger recognition for the importance of the arts to everyone, and he feels one of the many things we should all take from this experience is the importance of creativity, theatre and dance.

The digital premiere of Suitcases is being streamed by Dance City on Saturday 26 June at 7.30pm. There will be a short film introducing the audience to the Company, Jon Crispin, the Willard and the inspiration behind the story. Footage of the suitcases will also feature, which was filmed on location at Willard, New York, on Michael’s visit in February 2020. There will also be a Q&A after the performance with Michael and photographer Jon Crispin.

Tickets for the digital premiere of Suitcases are now available from the Dance City website. CLICK HERE TO BOOK TICKETS

If you would like to keep up to date with Hit The Ground Running Dance Theatre Company, links are below. 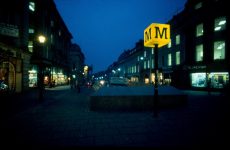 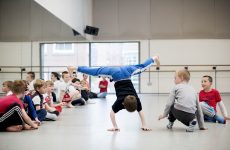