Anand Bhatt, Artistic Director and Chief Executive at Dance City has today been honoured by The Queen as he receives a British Empire Medal (BEM) in The New Year Honours List.

Published today, the list recognises the achievements of a wide range of extraordinary people across the UK. Hundreds of ordinary people are recognised alongside stars of sport and show-business for their contribution to public life in the UK.

Anand Bhatt said: “Firstly, I would like to thank my Gurus and elders who have guided me and blessed me on this journey. I have great passion for the power of dance and the role it can play in transforming lives and communities. Hundreds of people have dedicated their time on this journey, so thank you to all of them. I am humbled to be recognised in this way, and at this stage of my career, when there is still so much to do, gives me a great confidence and energy boost.

“My work in Leicester was driven by a passion for what today is called ‘levelling up’. I believed the talent locally was as good as anywhere. The philosophy was always to create the conditions and structure to allow it to develop and flourish.

“In 2020 I started a new journey in the North East. I am motivated and excited about working with an incredibly passionate team at Dance City and work together to ensure that dance continues to play a great role in people’s lives. The North East has a world-class dance facility, one of the best in the UK, and together we will make sure it continues to enable artists to make their best work, for students to learn and for participants to feel invigorated.

Anand founded his first dance school in Leicester, Desi Masti, in 2003, where he trained more Boogie Woogie national champions than any other. His work with Aakash Odedra took Leicester produced work to world-class institutions around the world. This success enabled the local investment which was so important to Anand.

Partnering with Shiamak Davar International, the world’s largest Bollywood dance school, the Leicester organisation was the HQ for classes all over the country from Manchester to Dartford reaching over 1000 people per week.

“We are very proud of Anand Bhatt. This is a well-deserved honour and testament to his appointment earlier this year. Anand’s experience and passion for dance in addition to his vision for Dance City makes him the ideal person to take us forward as an organisation in 2021, with passion, energy and confidence.” 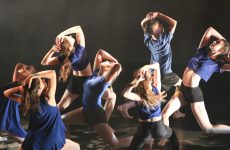 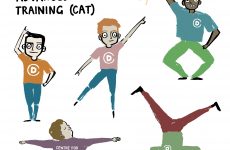