Ahead this month’s performance of Familiar, we spoke to one half of the critically-acclaimed duo behind the show and self-proclaimed ‘Dance City kid’ Gillie Kleiman to find out more about her career so far and what we can expect when it arrives here on Thursday 12 March…

Tell us a bit about yourself and your career so far…

I am a choreographer and performer. I did a BA in dance, an MA in performance (in a theatre department) and a PhD in choreography. I’m a doctor of dance! Before all of that, I was a Dance City kid. Long before the current programme for young people at Dance City, I hung around and took lots of classes and was in the performance group, which was quite a big deal at the time. I loved it.

In between all the academic stuff, I’ve been very active in the scenes of dance and performance in the UK. I’ve made work for theatres, pubs, galleries and studios, in all kinds of forms. The last time my work was shown at Dance City I did my work DANCE CLASS: a performance, which is a participatory performance – the audience comes into the theatre and takes part in a very unusual dance class, with highly theatrical elements as well as ridiculous routines. My work is rooted in dance and choreography but finds all sorts of forms, often exploring the power relations between people, and trying to unfold different ways of being together in the moment of performance. Often I discover after making it that my work is funny and there’s almost always a pink design, which isn’t on purpose (I just like pink). 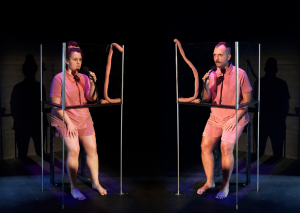 What inspired you to pursue a career as a performer and director?

I just loved dancing. I still love dancing, though that is also mixed together with lots of questions about why we dance in particular ways, who gets to move privately or in public, and who gets to tell us what is good dancing. As a kid I had great teachers – lots of the performers of balletLORENT, for instance, I call my ‘dance aunties’.

As I went on to learn more about the kinds of choreography that exist, I became excited by the edges of what dance is and can be, and how it edges onto other forms. If people want to do a Google of artists I’m interested in and feel inspired by, I’d suggest taking a look at work by Yvonne Rainer, Nacera Belaza, Roberta Jean and New Art Club.

What inspired you to create Familiar with Greg and how has it developed since its inception?

Greg is an amazing artist; I’ve been aware of his work for years. His background is in theatre, and mine is in dance, but we’ve got to know one another in this in-between sort of space we call live art (Google the Live Art Development Agency if you’re interested in finding out more). Live art is a social sphere as well as an artistic field, so Greg and I would loosely hang out at festivals or performance nights around the country when we were presenting work or just being punters. We got to chatting at a night put on by the amazing Steakhouse Live collective about the difference between directing others and being in our own work, and I quite flippantly suggested we make solos for one another to be performed in the same evening. The project was born! 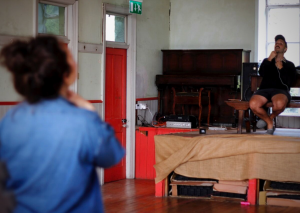 Research and development of Familiar. Image by Wendy Houstoun.

We spent some time together trying to figure out what it could be, after exchanging some favourite things (songs, recipes, chants, film scenes, texts). David Lynch’s Twin Peaks and Donna Haraway’s book The Companion Species Manifesto were quite clearly coming up more and more in the conversation, and we were making some new connections between them that felt connected to our interests and suited the frame of the two solos: questions about friendship, doubling, and what it means to be significant others to one another. Greg and I aren’t romantic partners, but in this context we are significant others. Performers and directors are significant others always, I think, in a particular way.

We’ve used lots of different strategies in making the work, and in lots of ways it has been very collaborative as well as being clear that each of us has different responsibilities in relation to each solo. We carried on making it and premiered it at Fierce Festival in Birmingham in October 2019.

What can audiences expect to experience when they watch the show?

The two solos are very connected, so you can see it as a total evening of stimulation – that’s how I see it, I suppose: these are a set of performance offerings that invite you to feel and think about your relation to us on stage, to the other audience members, and to other people in your world. There are different means we use to do that: stories, written language, sound, amazing set and our famous *animatronic dogs* by artist Tim Spooner, and, of course, movement.

You might feel touched, sad, confused, disgusted, thoughtful, and entertained – I imagine you’ll laugh. So far everyone has laughed. I don’t want to give it away, but I get to tell a very funny story! 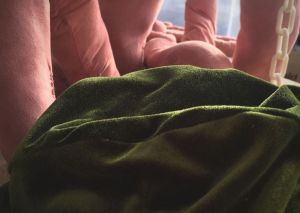 What are you looking forward to in the future?

I mean I’m really looking forward to showing the work in my hometown! Because I travel a lot for my work I’m not often at home in Newcastle with the things I do. It’ll be great not to have to pretend to not have a Geordie accent.

We plan to do more performances of Familiar in the future. Later in the year I’ll also be working on another new project, called friend, which is a performance for non-professional dancers to perform in their homes for audiences of their pals, continuing with my interest in friendship and significant otherness. If anyone’s interested in that then feel free to get in touch on Twitter or Instagram – I’m always happy to chat about dance and performance.

You can see Familiar by Gillie Kleiman and Greg Wohead at Dance City on Thursday 12 March. Find out more and book your tickets here. 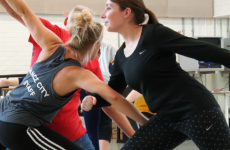 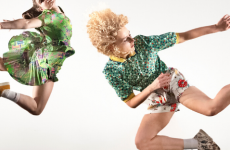