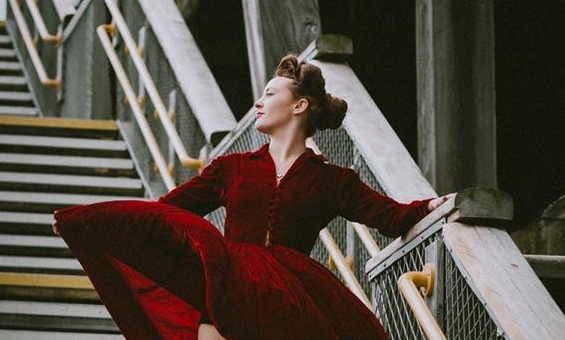 Dates:
Sat 26 Jun 2021 7:30pm
Running time: 1 hour plus post-show discussion
Age: 12+ due to upsetting themes
Tickets: £9.50
£8.00 students
About
*Please note, this performance will be digitally streamed, it is not an in-person performance. It will be streamed at 7.30pm GMT and 2.30pm EDT*. It will be immediately followed by a post-show discussion via zoom, the link will be shared through the streaming service*

Hit The Ground Running Dance Theatre Company has been working in collaboration with Jon Crispin, a Massachusetts based photographer. His upcoming exhibition, ‘The Willard Suitcases’, has inspired the company's latest work. More information about this can be found here: https://www.willardsuitcases.com/.

Jon has worked on his exhibition for more than five years and his knowledge of the Willard Institute and the Suitcases have been invaluable to this performance.

In 1995, The Willard Asylum, New York, closed its doors after a century of treating those deemed unfit for civilized society. Discovered in an attic, the suitcases of 427 Willard patients were found. Beautifully preserved epitaphs to a few of those who lived and died at the Willard asylum and a poignant remembrance of the lives they left outside. Drawing inspiration from some of the suitcases found, Hit The Ground Running’s new theatrical performance is a moving exploration of the people behind the suitcases and pays homage to innocent lives lived and lost to mental illness.

Check out the companies instagram profiles for more photos and info: @willardsuitcases @hitthegroundrunningdtc