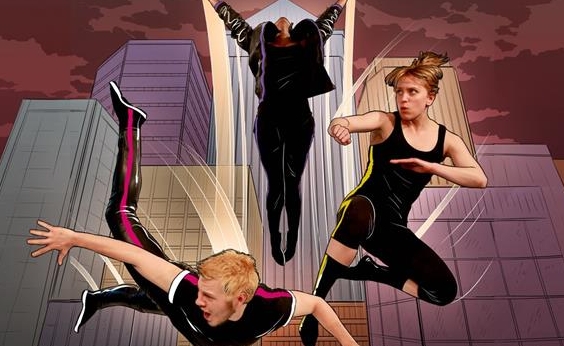 Four performers playing at superheroes are caught in a series of conflicts which are both personal, and intricately political. Spiced with comic book and action hero references, their epic adventure unfolds through action-packed choreography and projected illustrations, as they question what a superhero might look like in today’s complex and troubled world?

Choreographer Joseph Mercier, in collaboration with his company PanicLab, brings his latest and most ambitious creation to date to Dance City for its world premiere.

Funded by the National Lottery through Arts Council England.