Signed, Sealed, Delivered, I’m Yours is a week of creative dance activities, led by celebrated Deaf choreographer Christopher Fonseca in collaboration with a dynamic team of volunteer dance participants. Inspired by the magical era of classic Motown music, Christopher will create funky choreographic rhythms and intricate hand and footwork, a hallmark of his choreographic style, as well as integrating British Sign Language. The week-long project culminates in a live performance on stage at Dance City on Friday 16 July, to a socially distanced live audience.

North East based artist, Ashling McCann has joined the company as their choreographic assistant. Originally from Bristol, Ashling trained as an apprentice with Springs Dance Company and attended Bird College, before going on to graduate with a First Class Honours Degree in Contemporary Dance from Newcastle College.

Since then, she has worked as an independent dance artist in the North East, with previous work including ‘Moving Sound’, a solo piece exploring the embodiment of texture in sound, performed in both the UK and at Summer Stages in Lisbon. She was a part of Fertile Ground’s Double Bill ‘Twilight Dances’ that toured regionally and nationally, working alongside Wendy Houstoun, Renaud Wiser and Malgorzata Dzierzon. Ashling is also a member of ‘Spark!’, a physical theatre LED drumming company, with which she has performed at events and festivals worldwide. Her love of live music and movement led her to begin facilitating workshops and improvisation sessions for musicians and dancers to connect, express and experiment with their artistry alongside each other. These events often take place in public spaces to increase ease of access and to encourage engagement and connection with the public.

“I’m really looking forward to being the Choreographic Assistant for Signed Sealed Delivered, I’m Yours and to work alongside Chris and the team. I love the honesty, energy and soul of Motown and am really excited to see what we can create with the input of the volunteer dancers by fusing street choreography and BSL to such a brilliant soundtrack.” 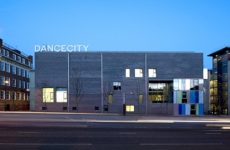 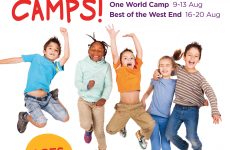