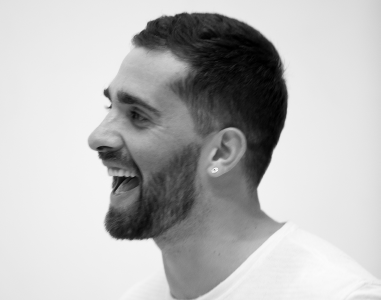 After training with the prestigious Paris Conservatoire, Mathieu Geffré has spent the last 12 years performing throughout the UK and Europe with companies such as National Dance Company Wales and working with leading choreographers including Itzik Galili and Didi Veldman among others.

Since choreographing his first piece in 2012, leading to a commission with National Dance Company Wales, Matthieu’s work has been programmed internationally in a number of platforms. Other commissions include Nationaltheatre Mannheim, Rambert School, 3rd EDGE and Eliot Smith Dance.

Mathieu was also awarded the 3rd Prize Choreography at the prestigious Copenhagen International Choreography Competition in 2016.

‘My choreographic identity has been shaped through time in response to my performing experience. My mission is to create honest and thought-provoking works that are destined to invite the widest audience possible on a highly emotional journey. Starting from a personal curiosity, I aim to design the work so it finds its universal resonance: the accessibility of the work being a priority.’

The work I want to create is inspired by the award-winning duet I choreographed in 2015: “What songs may do”. Created on the song “Feelings” performed by Nina Simone at the 1976 Montreux Jazz Music Festival, the work tells the story of a couple expressing the emotional effect of the song on their relationship. Staged as if the two dancers were attending Nina Simone’s concert, we look at what happens when we challenge the tradition of our seat for the freedom to respond as emotional beings. In this duet, the two dancers remodel the performing space into their theatre seat.