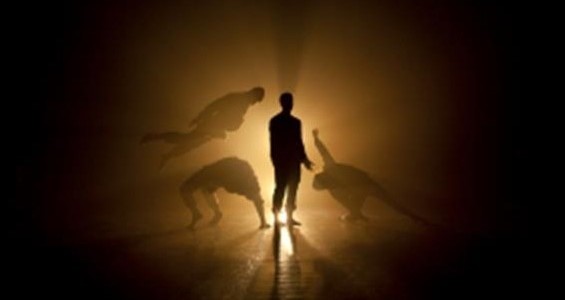 Robby wishes to explore a number of conceptual starting points for the piece, but the main aim will be to carry out movement research and further explore the movement vocabulary he have developed throughout his choreographic career to date.

Having created several larger-scale works to date with a strong narrative sense, he is excited to delve back into his own practice and create a work that incorporates what he has learnt since his last solo piece in 2011.

He wishes to create a physical, movement-led piece that showcases his movement style of breaking and contemporary movement, an evocative sound track, and a strong sense of image.

His starting points for the piece are:
Synaesthesia – The process of irradescent viewing of sound, the dancer’s body as a synaesthetic tool, connection between music / movement / emotion.

David Bowie / Blackstar – the image of Bowie in his recent album, BlackStar, is obvious stimulus for costume / image. The album also draws in themes of transformation, preparation and ritual, death / ascension, promise, liberation, freedom, expression, art as being, and art as transforming perception.