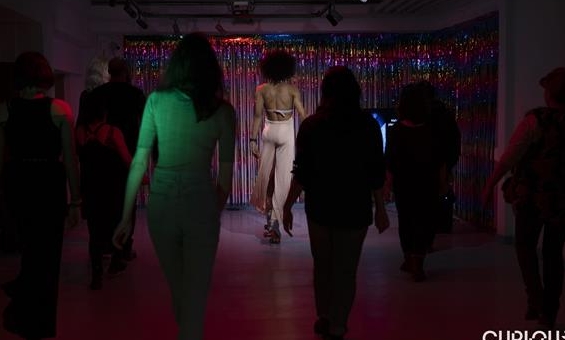 Join Mother of House of Myztique, Jaii Andrew and members of Newcastle’s House of Finesse for an introduction to Vogue!

Dance your Friday night away and practice poses worthy of the catwalk in this fun workshop all about expressing your true self, inspired by the three genres of Voguing.

Vogue, or Voguing, is a highly stylized, modern house dance originating in the late 1980's which evolved out of the Harlem ballroom scene of 1960's America. Developed and performed by LGBTQIA+ people of colour to create and own their own space it has grown to become a celebration of their culture. Gaining mainstream exposure through documentary film "Paris is Burning" and song and video "Vogue" by Madonna in 1990, vogue culture continues to inspire artists today with Vogue Houses performing the style across the world.

Who is it for? Suitable for all levels.

What should I wear? Category is..."Comfortable Fashionista!" Whilst Voguing is all about expressing yourself and bringing life to the catwalk, we suggest wearing comfortable clothing that's easy to move in and comfortable non-marking shoes.

What should I bring? Plenty of Water

Teacher Jaii Andrew & HOF Legendary roller-skating explosion and Mother of House of Myztique, Jaii Andrew has worked tremendously within the Musical Theatre and Commercial Industries for more than 18 years. Having graduated from The Liverpool Institute for Performing Arts (LIPA) in 2011. They went on to star in 2 European Tours of “Hair” The Musical (2011-2012), and had appeared in the 25th Anniversary Cast of “Starlight Express” as “Electra”, in Bochum, Germany (2012-2014). They were featured as a main dancer for Calvin Harris and Sam Smith at The Brit Awards 2019; also performing alongside Janelle Monae as her official support act at MIF (Manchester International Festival) 2019 in Castlefield Bowl. They have even strutted their stuff as a contestant on The X-Factor UK.