A bleak yet whimsical story 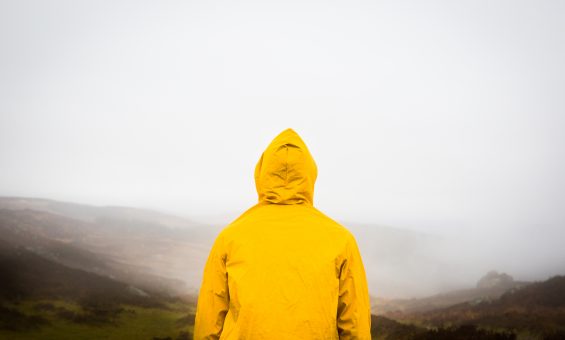 After their acclaimed debut Plan B for Utopia, Joan Clevillé Dance return with The North, the bleak yet whimsical story of a young man’s journey in search for meaning in an unpredictable environment. A place with its own sense of time and space, where being lost is the norm, and letting go the only way to survive…

'Clevillé takes the surreal into a realm that is both ridiculously entertaining and chillingly dark... Utterly more-ish' The Herald

"...leaves the audience under its spell." The Wee Review

"...dreamlike lighting bathing the trio. Luke Sutherland’s modernist sound, and an eclectic soundtrack from Mazzy Star to throat singing, reinstates the sense of universality – to communicate and adapt no matter what the cost." The Tempo House

"The three performers give strong and engaging performances, lacing their movements and characters with a vulnerability that could so easily be missed in a piece so movement based." ThreeWeeks

"The piece itself is a lot of fun too, with the added bonus that – as well as being fun, and having bits of dialogue – it’s performed by people who (unless you’re a trained dancer too) can just do
amazing stuff that you can’t. And can do it without breaking a sweat, at the same time as doing all the normal stuff you can do. Which is a pretty excellent thing to go and see." Postcards from the Gods

A post-show talk will take place in the theatre immediately after the performance which all ticket holders are welcome to stay for.