Breakin’ News! Just Jam is back at Dance City

This November Dance City, the North East’s leading organisation for dance, is hosting the ultimate festival of breaking culture. Just Jam International attracts top breaking crews from across the UK & Europe. Crews (pairs of b-boys and b-girls) will compete in a Cypher Qualifier where judges will pick their top 16 duos to progress to the Battle Finals. Winning titles include Chief Rocker, Best Newcomer and Just Jam Champions.

Breakdancing, also called breaking or breakin’ is a unique and energetic form of dance, developed and popularized by African Americans and U.S. Latinos, taking its name from the ‘breaks’ that hip-hop DJs would loop from popular disco and funk tracks. Breaking originated in New York City during the early 1970s, incorporating moves from a variety of sources including gymnastics, lindy hop, capoeria and martial arts . After a wave of mainstream popularity in the 1980s, breakdancing began to spread across the globe, and different styles took hold in Brazil, Japan, South Korea, and beyond. Breaking includes stylized footwork, freezes , top rock and athletic moves such as back spins or head spins.

It was announced in 2019 that breakdancing is to be an Olympic sport at the 2024 Paris Olympics, alongside other new categories including skateboarding, sport climbing, and surfing.

Just Jam is the brainchild of Conor ‘Doke’ O’Kane and Paul ‘P’ Martin, of world-renowned breaking group Bad Taste Cru, based in Newcastle. Many champion breakers have come up through training with Bad Taste Cru and gone on to form their own crews including Red Bull BC UK Champion Jackson Watson of The Battalions. Jackson has been invited to judge at this year’s Just Jam – a fitting tribute for someone who started breaking at Dance City in his early teens.

Conor and Paul are now part of the Breakin GB Council, which was established to support and develop UK breakers who want to work towards being a part of an elite national breaking team that will represent the UK at the highest level of competition. Which includes the Paris Olympics 2024. Future Olympians may well be spotted at Just Jam 2021!

Paul has recently passed his WDSF Judging exam, one of only a few people in the country to do so, qualifying him to judge at top level WDSF and IOC ruled events.

Another judge, b-boy Mouse, started breaking as a street kid in the Philippines and through his talent, determination and skill has become one of the best in the world. He now uses hip hop to help get kids off the streets of Manila.

There are very limited tickets available for audiences who want to witness the passion, energy and performances at Just Jam International 2021 at Dance City, Newcastle.

“The ‘Cypher’ (circle) in hip hop culture is the place knowledge is shared, battles are fought, ideas are exchanged and respect is earned. Starting with 50 crews in qualifiers, in the end only 16 crews progress on to the Battle Finals. In the Finals the crowd will witness internationally renowned b-boys and b-girls go head-to-head with underground talent in one of the UK’s most revered Battles. Everyone of any age is welcome to come along, learn more about breaking culture, cheer for their favourite crews and be part of the electric atmosphere and the Just Jam experience.”

Tickets to watch the qualifiers and finals are available via the links at the top of this page. 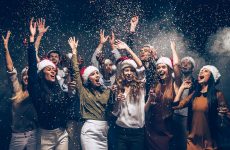 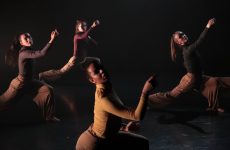