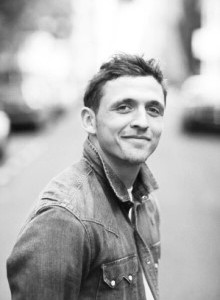 Lazarus (working title) will be an exploration of the movement vocabulary and choreographic techniques informed by BBoying, contemporary dance, and physical theatre, among other movement disciplines, that Robby has accumulated over the past 10 years.

Southpaw Dance Company was set up in 2013 under the artistic direction of choreographer Robby Graham. The company creates work within hip hop dance theatre that has been called, “… witty, hard‐edged, sure in focus, and sizzling in energy” (Clement Crisp, Financial Times).

Robby endeavours to create work based in a strong physical movement vocabulary, wth universal imagery and relateable content. With strong thematic elements throughout the work that has explored growing up in the wake of a terrorist attack, “couture” drug use, and more recently the prevalent global culture of protest and riot, Robby and Company create relevant, thought-provoking, and affective dance theatre. To date Robby has created a wealth of outdoor touring dance work including Faust, Carousel, and the large scale spectacular, Rush, as well as creating work for a conventional theatre context, notably here having been commissioned for the Place Prize 2010.